We have two new live performance music videos from Wande for the songs “Don’t Worry Bout It” and “Moshpit” from the Reach Records 116 Summer Twenty-One playlist. Footage for the visuals comes from last month’s Holy Smoke Festival in Atlanta and you can check them out right here. In addition to Wande’s contributions, the 116 [...]

WHATUPRG has posted a preview of music from his forthcoming project New Hollywood! You can get a brief taste of one of the new songs and watch out for additional content by following him on Instagram.   View this post on Instagram   A post shared by RAUL (@whatuprg) The last we heard from WHATUPRG [...]

To celebrate 1-16 day, 116 put out a new track titled “Still 40 Deep” that features Wande and Hulvey. You can hear it for yourself below. ﻿ Reach Records also hosted a special roundtable discussion with Lecrae, Tedashii, Trip Lee, and more. You’ll be able to see it soon on the Reach YouTube channel. Memorable [...]

Wande just dropped a brand new music video for her song “Last” off her latest EP, The Decision. You can see it now on her YouTube channel. The Decision came as a surprise release just a few weeks ago and features three brand new tracks, including the single “Love For You” that will be featured [...]

Wande just dropped a surprise new mini EP titled The Decision! It consists of three brand new tracks and you can grab it below. ﻿ She’s also featured on 116’s new Spanish album Sin Vergüenza. WHATUPRG, Lecrae, Social Club Misfits, Tedashii, and several others make appearances on the record as well and you can add [...]

The deluxe edition of Lecrae’s new album Restoration is out now! The new release includes six bonus tracks and features guest appearances from WHATUPRG, Wande, Hulvey, and more! Grab it here. ﻿ Not only did he release the deluxe edition of Restoration, but he also has two brand new singles featured on the game Spider [...]

A deluxe edition of Lecrae’s new album Restoration is scheduled to drop this Friday. The new release will include six bonus tracks and features guest appearances from WHATUPRG, Wande, Hulvey, and more! Dag..y’all quick. Lol. https://t.co/9w9qEQGdVE — Lecrae (@lecrae) November 5, 2020 You can also find new music from Lecrae on Sin Vergüenza, the new [...]

116’s new Spanish album Sin Vergüenza is out now. WHATUPRG, Wande, Lecrae, Social Club Misfits, Tedashii, and several others make appearances on the record and you can grab it below. ﻿ You can also find a new music video for the track “La Fiesta” featuring Funky and Lecrae and the Reach Records YouTube channel. Producer Alex Medina designed an exclusive [...] 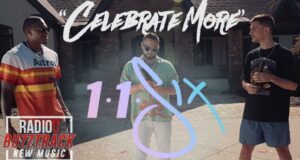 New to RadioU this week Listen, request, or buy below: Why listen to just one Reach Records artist, when you could listen to three?! Hulvey, Lecrae, and Andy Mineo are all present on the new 116 track “Celebrate More” and you can hear it now on RadioU! Request for the Most Wanted  As an Amazon [...]

The 116 Clique lives forever in a new video

Just days after releasing the new song “Live Forever,” Aaron Cole, Tedashii, Trip Lee and several other members of the 116 Clique put out a new music video for the collaborative single. You can see it now on the Reach Records YouTube channel. The track dropped last week in honor of 1-16 day and you can [...]