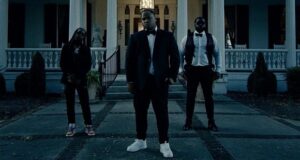 1K Phew teased the artwork for his next single “Safe” which is set to come off his upcoming album As I Am. The release date for the single has not been announced yet. The unconfirmed tracklist is listed here. He also just put out a freestyle on YouTube called “In the Sanctuary” that U can [...]

Reach Records, home of Lecrae, Wande, Hulvey, and many more is hosting an exclusive live stream on Twitch next week where they’ll be playing unreleased music off their Summer 2022 playlist. More info can be found below. Subscribe to @Twitch 116TV for an exclusive 116° livestream. Unreleased summer playlist music NEXT WEEK! 🔥 Have you [...]

Lecrae preps for a private show to preview new music

Lecrae is having a private concert with fans for the 10th anniversary of his Church Clothes mixtape in Atlanta on the 18th of June that will include some previews of his upcoming Church Clothes 4 project. Full details can be found on his Facebook page. ﻿ He and 1K Phew recently released a collaborative EP [...]