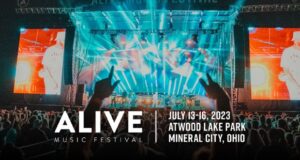 Alive Fest is an annual Christian music festival located in Mineral City, OH. Over the weekend they made an announcement that they will be releasing their 2023 lineup on Monday, November 28th. Alive Fest is set to take place on July 13-16 next year. View this post on Instagram A post shared by Alive Music [...]

Skillet, Andy Mineo, and many more confirmed for Alive Festival

The lineup for Alive Festival is taking shape. So far Skillet, Andy Mineo, KB, Disciple, Hulvey, and most recently, Social Club Misfits have been confirmed for the event, which is coming up in Ohio this July.  https://twitter.com/AliveFestival/status/1495926313051308032?s=20&t=leD6D4TcMCTSrMor_TUpDw You also still have the chance to catch Skillet and KB live while they’re out on Winter Jam [...]

Memphis May Fire releases Death Inside

Memphis May Fire just dropped their new track “Death Inside” as a follow up to their recent hit single “Blood & Water.” You can listen to both right here. ﻿ You’ll have the chance to catch the band playing their new stuff live at Alive Music Festival later this week. They’ll be joined by Skillet, [...]

Skillet is hitting the road in a few months to headline the Aftermath Tour. They’ll be playing shows across the country from September 12th through October 22nd. You can get more info on their Twitter. We're back and ready to rock! The Aftermath Tour with special guests Adelitas Way is coming to a city near [...]

Lecrae is hitting the road this fall for his first tour of 2021. He’ll be playing shows coast to coast from September 16th through November 7th and you can get more info on his Twitter. By the way… @MavCityMusic pic.twitter.com/IsAIVfLBVV — Lecrae (@lecrae) June 4, 2021 He also has several summer festivals on his schedule, [...]

Memphis May Fire’s first new single since 2019 is “Blood & Water” and it’s finally here! You can check it out below. ﻿ You’ll have the chance to catch the band playing the new track live at Alive Music Festival next month. They’ll be joined by Skillet, Andy Mineo, Ledger, KB, Fit For A King, [...]

LEDGER recently posted a special at home performance of her previously unreleased song “Goner.” You can see it for yourself on her YouTube channel. If you like LEDGER’s music, you may also like her artwork! She’s opened an Etsy store where you can find her art both on canvas and in poster form, along with [...]