Glasslands recently premiered the music video for their song “Secret” which comes as the finale to a three-part music videos series. You can see all of their videos on the Velocity Records YouTube channel and you can hear “Secret” in the Battle Of The Buzz this week! “Secret” is featured on the band’s long-awaited new [...]

Tedashii just dropped two new singles titled “Mirror Talk” and “OBJ.” You can hear them both below and “OBJ” is in the Battle Of The Buzz on Wednesday! ﻿ Later this week he’ll be kicking off the We Are Unashamed Tour with Lecrae, Andy Mineo, Wande, Hulvey, WHATUPRG, 1K Phew, and Trip Lee. They’ll be [...]

The holiday season unofficially begins when August Burns Red releases a Christmas song, and they’ve done just that by dropping their take on “Santa Claus Is Coming To Town.” You can hear it below and in the Battle Of The Buzz this week. ﻿ Earlier this month they announced the details for their annual Christmas [...]

idle threat’s debut album blurred visions is out this week. The record includes their hit single “no turning back” and you can pick it up below. ﻿ The new record also includes a guest appearance from Cory Brandan of Norma Jean on the track “driftwood.” You’ll be able to hear the song competing in the [...] 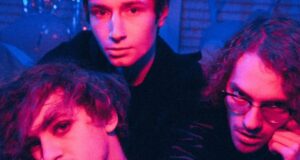 Outsider Heart’s brand new single “IDKU” is now available to download and stream. You can check it out below and you can hear it in the Battle Of The Buzz this week. ﻿ The band also recently dropped some brand new merch on their website. You can see it for yourself on their Instagram.   [...]

NF’s highly anticipated CLOUDS mixtape is now available. The new release features 10 brand new songs, including the hit title track and you can grab it right here. ﻿ He also recently premiered a new music video for the song “LOST” off of the new record. You can see it on his YouTube channel and [...]