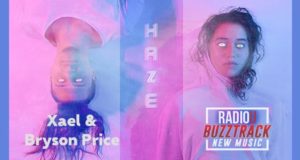 New to RadioU this week Listen, request, or buy below: Bryson Price is bringing his unique brand of EDM back to the RadioU playlist and this time it’s in collaboration with new artist Xael! You can hear their track “Haze” now on The U! Request for the Most Wanted  As an Amazon Associate, RadioU earns [...]

RadioU Fusion artist Kanye West just unveiled a new visual for his hit song “Closed On Sunday” that comes as the second new music video from his new album Jesus Is King. You can see them both on his YouTube channel. If you missed it, Jesus Is King dropped back in October and debuted at [...]

Bryson Price just unveiled a brand new track titled “Holy City” that he is offering as a limited time free download! All you have to do to get your hands on the new jam is subscribe to his YouTube channel below.  Earlier this month, Price premiered his new DJ mix titled New Heaven Vol. 2 [...]

Bryson Price just premiered his new DJ mix titled New Heaven Vol. 2 that features 27 minutes worth of melodic, bass heavy EDM. You can check it out on his YouTube channel. Also on his YouTube channel, you can find videos that take you behind the scenes in the studio and follow him out on [...] 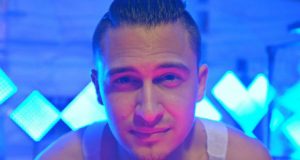 Bryson Price has some good news and some better news for you. The good news is he just dropped a new song titled “Endurance” featuring Adriana. The better news is that he’s offering the new track as a free download! All you have to do to get your hands on the new jam is subscribe [...]