Rusty Shipp is offering up another preview of their forthcoming album The Dark Side of The Ocean! Their new track titled “King Of The Deep” is out now and you can hear it below. ﻿ If you missed it, the band’s frontman Russ T. Shipp recently joined The RIOT to share the story behind the [...]

Disciple just revealed that they will be headlining the free Rock On Water festival in Jeffersonville, Indiana. The show is scheduled for September 10th and you can get more info below. ﻿ It was also recently announced that they will be performing at Creation Festival, along with KB, Red, and several additional artists still to [...]

Disciple hits the road this weekend

Disciple is hitting the road for several shows across Oklahoma and Texas on their Darkness Dies Tour. It all gets started this weekend and you can find out more on their Facebook page. ﻿ Coming up this June, they’ll be joining Death Therapy, Rusty Shipp, The Protest, and many more at Kingdom Come Festival in [...]

Death Therapy, Rusty Shipp, Disciple, The Protest, and many more have been confirmed for Kingdom Come Festival in Indiana. The free event is coming up in June and will include a third night of music for the first time ever. You can find out more on the festival’s Facebook page. ﻿ Death Therapy frontman Jason [...]

Death Therapy frontman Jason Wisdom has premiered his rendition of “What Child Is This?” as the third new instrumental Christmas track with his side project Wisdom & Wages. You can grab it below. ﻿ The last we heard from Death Therapy was this summer when they dropped their new album Melancholy Machines. The record features [...] 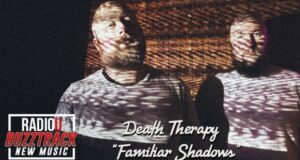 New to RadioU this week Listen, request, or buy below: Death Therapy‘s latest single is a hooky electro-metal anthem with a taste of early 2000s industrial rock thrown in for good measure. “Familiar Shadows” is the name and you can hear it now on RadioU! Request for the Most Wanted  As an Amazon Associate, RadioU earns from [...]