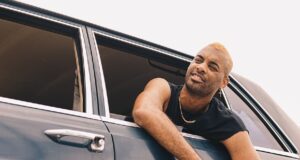 Deraj dropped a three-song EP over the weekend. It’s titled Unstoppable and you can add it to your collection right here. ﻿ If you missed it, his previous release Made For This was released in August of last year. You can check it out below. ﻿ If you’re an aspiring musician, Deraj also has tons [...]

Canon just premiered a surprise new music video for his song “Home” off of his 2018 album of the same name. You can check it out now on his YouTube channel. The debut of the new video coincides with the kick off of his Home For The Summer Tour with Deraj. The special tour is [...]

Canon goes Home For The Summer

Get ready to party with Canon this summer! He just announced details for his Home For The Summer concert series that will take him to five cities across the southeastern U.S. alongside fellow Reflection Music Group artist Deraj. You can find the tour dates and details below. https://twitter.com/getthecanon/status/1128408569479561226 It may be your first chance to [...]

The penultimate song and video in Deraj’s Saturday series is here! He just shared “Hold On,” which is the fourth of five installments in the project and features RadioU Fusion artist V. Rose. You can see the new visual now on his YouTube channel. In the past few weeks, we’ve seen Deraj drop “Everything,” “Breathe,” [...] 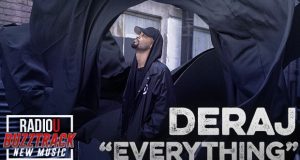 New to RadioU this week Listen, request or buy below: After a relatively quiet 2018, Deraj is already making lots of noise this year! We couldn’t wait to add his brand new single “Everything” and now you can hear it on RadioU! Request for the Most Wanted   [...]

Deraj has premiered his third song since the beginning of February and the second in his Saturday video series! His latest is titled “Breathe” and you can view the new video on his YouTube channel. “Everything” kicked off the series as the first new song and video two weeks ago. You can check it out [...]

Deraj has just dropped his second new song in the past month and he’s not planning on slowing down anytime soon! His newest track “Everything” is the first of a five-part video series titled Saturday and he says… “The song encourages listeners to find contentment and an appreciation for life in a fast-paced society. It [...]

Deraj is back with his first single of the new year! He just dropped “Genes” through Reflection Music Group and they say… “We were made for more and need to be reminded that greatness lives within us. Deraj boldly encourages listeners to aim high and don’t settle for less than who God made you to [...]