DJ Standout drops a video for Be There 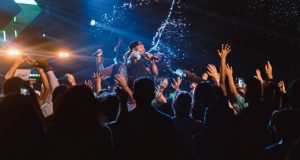 RadioU Fusion artist DJ Standout just premiered a brand new music video for his song “Be There.” The visual and song tackle the struggles that come with balancing the pursuit of career and tension at home. You can see it for yourself on the Reflection Music Group YouTube channel. “Be There” was released last month [...]

It’s another big week of new releases from RadioU Fusion artists, including Beacon Light who’s back with his new Influential EP. The record features four new tracks and a guest appearance from Derek Minor. You can grab it right here. Speaking of Derek Minor, he put out another song of his own as he continues [...]