We just got a brand new visual from Empty for “Temporary High,” which was recently released as the lead single from their forthcoming album Made Of Fire. You can see it for yourself on the Solid State Records YouTube channel. Made Of Fire is scheduled to drop on October 22nd and you can pre-order or [...]

Empty announces Made Of Fire is coming

Empty just premiered the new track “Temporary High” that serves as the first preview of their forthcoming album Made Of Fire, which is scheduled to drop on October 22nd. You can pre-order or pre-save the record and hear the lead single below. ﻿ It was also recently announced that they are hitting up the west [...]

Empty is hitting the road with Earth Groans

Empty has announced that they are hitting up the west coast for the Body On Fire Tour this November alongside RadioU Battery band Earth Groans. Full dates and details can be found on their Twitter. https://twitter.com/Emptyisaband/status/1427774647907594242?s=20 The shows are in support of Earth Groans’ recently announced The Body EP, which drops on September 3rd. You [...]

Empty has booked a headlining tour of the east coast that will take place this September. They’ll be playing shows from the 14th through the 19th and you can get additional info on their Twitter. Let’s gooooooo!! pic.twitter.com/GWR468VBOW — EMPTY. (@Emptyisaband) July 16, 2021 The tour may be a chance for you to hear some [...] 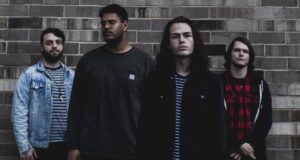 In lieu of being able to play shows in person, Empty is taking to social media to start a new covers video series. You can find the first installment now on the band’s Facebook page. This is the first of a series of covers we're going to be doing since we can't actually play shows [...] 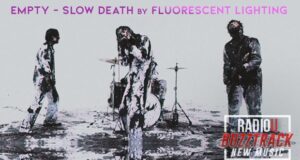 New to RadioU this week Listen, request, or buy below: Fans of RadioU TV will know that Empty‘s video for their bone-crushing track “Slow Death By Fluorescent Lighting” has been a big hit, so it’s no surprise that the song is getting added to the RadioU playlist. Request and vote for it now below! Request for the [...]

Empty has revealed another quick tour to follow up their run of shows that begins this weekend. They’re hitting the road from March 6th through the 14th and you can get more info on their Twitter. …and the shows keep coming! We’re stoked to announce our March run with our friends in @forthtellerband! Come to [...]