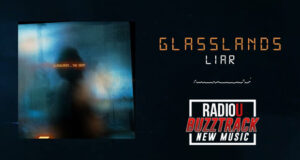 New to RadioU this week Don’t lie to the homies when they asked if you listened to Glasslands‘ new track “Liar.” Save yourself a trip and watch it for yourself below. Listen, request, or buy below: Request for the Most Wanted  As an Amazon Associate, RadioU earns from qualifying purchases. [...] 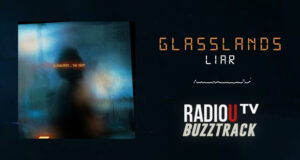 New to RadioU TV this week Watch, vote, or buy below: Out of the depths of the forest comes Glasslands‘ atmospheric new video for “Liar.” You need to see it for yourself on RadioU TV!  Vote for the Most Wanted As an Amazon Associate, RadioU earns from qualifying purchases. [...]

Glasslands recently premiered the music video for their song “Secret” which comes as the finale to a three-part music videos series. You can see all of their videos on the Velocity Records YouTube channel and you can hear “Secret” in the Battle Of The Buzz this week! “Secret” is featured on the band’s long-awaited new [...]

Glasslands has premiered another new single from their upcoming album The Deep. “Mad” is out now along with a new music video to go with it that you can see right here. The Deep is scheduled to drop on April 8th through Velocity Records. You can pre-order or pre-save the project below. ﻿ If you [...] 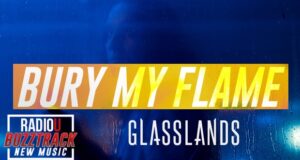 New to RadioU and RadioU TV this week Listen, request, vote, or buy below: Glasslands‘ highly anticipated new album The Deep is almost here, and their latest single and music video show that it will be worth the wait! Their unique, atmospheric spin on hardcore in “Bury My Flame” will give you chills and you can [...]

Glasslands sets a release date for The Deep

Glasslands has announced that they’ll be releasing a new album titled The Deep on April 8th through Velocity Records. You can pre-order or pre-save the project below. ﻿ To coincide with the announcement, the band has also premiered the lead single “Bury My Flame” as well as a music video to go with it, which [...]

Glasslands announces their next tour

Glasslands is preparing to hit the road for the Velocity Records Tour. Shows begin on February 16th and continue through March 20th. You can find more info on the band’s Twitter. stoked to announce that we'll be joining the @VelocityRecords Tour alongside @destroyrebuildt @SKSKofficial @SECRETSofficial and @deadamerican_! so much more coming soon. cannot wait to [...]