As 2020 comes to a close, let’s take a look ahead at new music that should be coming in 2021… Demon Hunter has scheduled their album Songs Of Death And Resurrection to release on March 5th. It will feature twelve new acoustic recordings of songs from their previous albums. Songs of Death and Resurrection. New [...]

Due to a scheduling error, Glasslands has made their Basement Sessions available to download and stream earlier than anticipated. The project includes stripped down versions of three of their songs and you can check it out below. The songs were originally recorded for the band’s performance as part of the #MayhemUnplugged virtual festival. You can [...]

Glasslands performs at a virtual festival 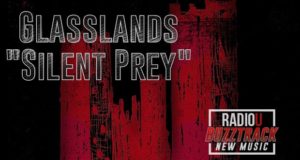 New to RadioU this week Listen, request, or buy below: Glasslands‘ latest single “Silent Prey” spent over a month as Battle Of The Buzz champion to kick off 2020 and now it’s finally getting added to the RadioU playlist! Listen to it now on the U! Request for the Most Wanted  As an Amazon Associate, [...]

Glasslands has shared their first handful of tour dates for 2020. They have shows coming up in the southeastern U.S. this February and you can find more info on their Twitter. Yo! First round of new dates are here. We can’t wait to get on the road and play next year. Much much more to [...]