Hulvey’s second new EP of 2020 is now available! You can grab BRKNHRT. through shop.radiou.com and you can find the visual version of the EP below. Prior to the release of the new record, Hulvey shared his BRKNHRT. documentary that gives you a closer look at his hometown and how he got started making music. [...]

Get to know Hulvey in his new documentary

Hulvey has released a documentary titled BRKNHRT. that gives you a closer look at his hometown and how he got started making music. You can check it out on the Reach Records YouTube channel. He also revealed that he’ll be dropping his new BRKNHRT. EP on February 21st. Pre-orders are available now and when you [...]

Hulvey on The RIOT

Hulvey is brand new to the Reach Records Family and the RadioU Playlist. The RIOT catches up with him to find out where he got the idea to become a rapper, what he recorded his first songs on, and what he has planned for this year!   [...] 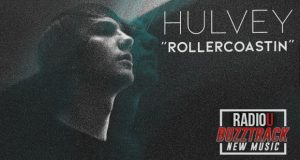 New to RadioU this week Listen, request, or buy below: The latest addition to the Reach Records roster is now the newest name on RadioU as well! Welcome Hulvey to the playlist by requesting his new track “Rollercoastin” on RadioU! Request for the Most Wanted  As an Amazon Associate, RadioU earns from qualifying purchases. [...]