Another week, another new single from Derek Minor! He heads the slate of new Fusion music from the past few days with his latest track “Revenge.” You can grab it, along with his other recent releases, right here. J. Crum has also been busy putting together new stuff lately and he delivered his new single [...] 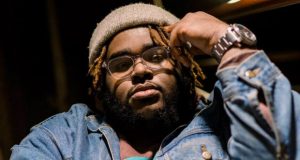 RadioU Fusion artist J. Crum just dropped some surprise new music on us with the release of his single “Vigilantes.” The new track comes from his project Vigilantes Vol. 1 that is currently in the works and you can hear it below. Crum most recently gave us new music back in January when he released [...]

RadioU Fusion artist J. Crum has finally released his long-awaited album Villains. The record features 11 brand new tracks, including his Fusion favorite “No Way.” You can check it out right here. Earlier this month, J. Crum dropped a music video for his collaborative project with other members of the Streetlight Sounds collective. You can [...]