Phinehas – The Fire Itself 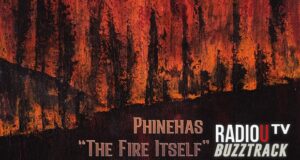 New to RadioU TV this week Watch, vote, or buy below: In Phinehas‘ new song “The Fire Itself” the band takes out every tool in their metal toolbox and uses each to their fullest potential. The raucous video for the track then takes it to the next level and you can see it for yourself [...]

Death Therapy just shared a playthrough video for the second single “Terra Infirma” off of their forthcoming instrumental EP.Pre Apocalyptic Cyber Funk For Late Stage Humanoids  The song and video feature guitarist Jack Daniels from War Of Ages and Hope For The Dying and you can see it on their YouTube channel. “Guardian Awakening” was [...]

Death Therapy has unveiled the second new song from their forthcoming instrumental EP Pre Apocalyptic Cyber Funk For Late Stage Humanoids. The new track is titled “Terra Infirma” and features a guest appearance from War Of Ages and Hope For The Dying guitarist Jack Daniels. You can hear the new jam below. “Guardian Awakening” was shared [...]

Death Therapy’s Jason Wisdom has posted bass playthrough videos for each of the songs on the band’s debut album The Storm Before The Calm and you can find them all on the band’s YouTube channel. Less than two weeks ago, the band dropped a new instrumental track titled “Guardian Awakening” that features a guest appearance [...]

Death Therapy just dropped a new instrumental track titled “Guardian Awakening” that features a guest appearance from guitarist Daniel Galley of Fit For A King and Phinehas. You can hear the new jam below. The band has been hard at work putting together a pair of new records that will be releasing later this year [...]

Your next chance to catch Fit For A King live is coming up on the Octane Accelerator Tour this fall. They just announced a run of shows that will take them across the U.S. from October 29th through December 1st and you can find out more on their Twitter. So excited to announce that we [...]

Fit For A King frontman Ryan Kirby and Phinehas guitarist Daniel Galley are continuing their special metal covers series by sharing their new rendition of Underoath’s “A Boy Brushed Red Living In Black And White.” You can hear the new jam below. The duo started their covers project in January with the intention of releasing [...]

Fit For A King goes in-depth in new interview

Fit For A King frontman Ryan Kirby recently did an in-depth interview with Substream Magazine where he discussed the band’s latest album Dark Skies and gave some details on what the band has planned for the rest of 2019. You can link up to the interview below. INTERVIEW: Ryan Kirby of @fitforaking on confronting darkness [...]

Ryan Kirby of Fit For A King and Daniel Galley of RadioU Battery band Phinehas are teaming up to bring you new music every month! The two are working together to create metal covers of their favorite songs and plan to release at least two new tracks per month on Kirby’s YouTube channel. Their first [...]