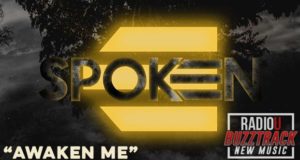 New to RadioU this week Listen, request, or buy below: Anticipation is building for Spoken‘s forthcoming tenth studio album and after you hear their new single, you’ll understand why! Their latest is “Awaken Me” and you can hear it now on RadioU! Request for the Most Wanted  As an Amazon Associate, RadioU earns from qualifying purchases. [...]

Spoken just dropped “Awaken Me” as the second single from their next new album. You can hear it as well as “The Way Back Home,” which they released in February, right here. If you missed it, they recently joined The RIOT in the studio to introduce the new members of the band, talk about writing [...]

Spoken just announced that they have new music coming on April 3rd. They’re planning to share “Awaken Me” as their second new single of 2020, following up last month’s “The Way Back Home.” which you can hear below. If you missed it, they recently joined The RIOT in the studio to introduce the new members [...]

Spoken has given us their first song in nearly three years with the release of their single “The Way Back Home.” You can pick it up below and hear it live while they’re out on tour through February 28th. If you missed it, they joined The RIOT in studio last week to introduce the new [...]