In honor of 1-16 day, several members of the 116 Clique joined forces to put out a new song titled “Live Forever.” The track features Tedashii, Aaron Cole, Trip Lee, and many others and you can grab it right here. Tedashii and Trip recently rang in the new year by performing together with Lecrae and [...]

Switchfoot bundles up for Christmas

Switchfoot has made their new Backstage EP available for purchase as part of their new Christmas gift bundles. You can see all the new merch and grab your favorite through their website. CHRISTMAS BUNDLES ARE HERE Y'ALL!We're coming in hot this year with a new flag set, jacket, hoodies, a brand new poster that comes [...]

Switchfoot teamed up with violinist Lindsey Stirling to create a special new version of their hit single “Voices” as well as a powerful new music video to go with it. You can check it out on Stirling’s YouTube channel. The band is also gearing up to release their annual Backstage EP, which features fan artwork [...]

The lineup for the 2020 edition of Rock The Universe has been revealed. Switchfoot, Tedashii, The Afters, and several other big name artists are scheduled to perform at the annual event, which takes place at Universal Studios in Orlando on January 24th and 25th. Tickets and additional info can be found below. Universal announces lineup [...]

The Afters release Fear No More 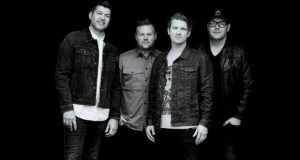 The Afters’ long-awaited new album Fear No More is here at last! You can check out the full album, which features ten brand new tracks, right here. The band also just premiered a new music video for the song “I Will Fear No More” from the new record. You can see it for yourself on [...] 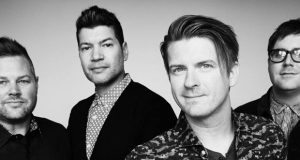 The Afters recently announced that they will be releasing their long-awaited sixth studio album Fear No More on May 31st. Pre-orders for the new record will go live next Friday and when you put your order in, you’ll be able to download three new tracks from the album instantly. So far the band has shared [...] 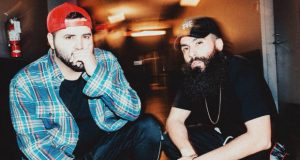 The Afters recently released their retrospective album The Beginning And Everything After and now they’re giving you a behind the scenes look at the songs that made it on to their new record. They’ve made the track by track commentary for the album available as a free download for a limited time and you can [...] 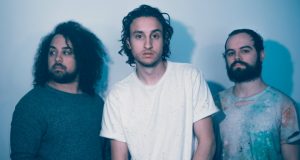 Plus your chance to see Thrice for free and The Afters take you behind the song… Brandon from Glasslands made a surprise visit to our studios to talk new music and why everyone should support RadioU! You can find the full interview below. Thrice’s fall headlining tour kicks off this weekend and they’re giving you [...] 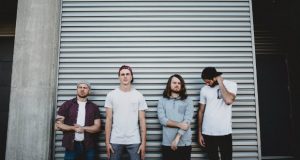