Silent Planet has shared the details of their upcoming album, which we now know will be titled Iridescent. The record drops on November 12th with pre-orders launching this Friday. You can find the full track list below. https://twitter.com/SLNTPLNT/status/1438583324491067393?s=20 They also just premiered a music video for “Terminal / (liminal);” from the forthcoming project. You can [...]

KJ-52 and John Reuben record together 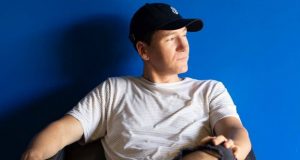 Fusion and Throwback fans will be happy to hear that KJ-52 and John Reuben teamed up to record… a podcast. Reuben joined KJ on his show to discuss their craziest tour stories and you can hear it for yourself below. The 3 craziest shows I've ever done w/ @johnnyreubonic https://t.co/oyCjwkyOde — kj52 (@kj52) March 31, [...]