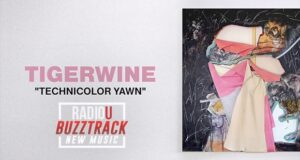 New to RadioU this week Listen, request, or buy below: Brutal progressive rock is what Tigerwine is known for and they definitely bring it in their latest single “Technicolor Yawn“! You can hear it now on RadioU! Request for the Most Wanted  As an Amazon Associate, RadioU earns from qualifying purchases. [...] 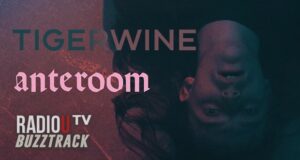 New to RadioU TV this week Watch, vote, or buy below: You know Tigerwine from their animated video for “Scarecrow” and now you can get to know what they actually look like in their new visual for “Anteroom“! Check it out now on RadioU TV! Vote for the Most Wanted As an Amazon Associate, RadioU earns [...]

Tigerwine shares a video for Anteroom

Tigerwine has a brand new music video out now for your viewing pleasure. Their latest visual is for the song “Anteroom” off of their album Nothing Is For You and you can see it on the Tooth & Nail Records YouTube channel. It’s the second track off of their new album to get a visual [...] 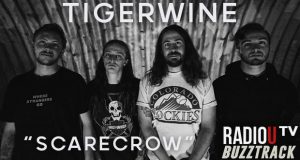 New to RadioU TV this week Watch, vote, or buy below: Tigerwine‘s new video for “Scarecrow” doesn’t show Tigerwine at all, but it does feature some slick animation and a shark! Check it out now on RadioU TV! Vote for the Most Wanted As an Amazon Associate, RadioU earns from qualifying purchases. [...]

Tigerwine just premiered an all-animated music video for the song “Scarecrow” off of their brand new album Nothing Is For You. You can see it now on the Tooth & Nail Records YouTube channel. If you missed it, the band just released Nothing Is For You this past weekend. You can check out the full [...]

Shane from Tigerwine on The RIOT 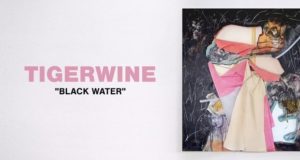