Out now is the killer new music video from Twenty One Pilots for the track “Holding On To You“. It’s from their upcoming album Vessel, releasing on January 8th. This will be the band’s debut on Fueled By Ramen Records and you can pre-order it now! [...]

Come Wind to tour with Twenty One Pilots

Come Wind have announced they will be playing a huge chunk of the Mostly November Tour with Twenty One Pilots. That tour kicks off this weekend and runs through Decameter 8th. Come Wind will be supporting their new “Grow My Roots EP” and Twenty One Pilots are drumming up hype for their upcoming album “Vessel.” [...] 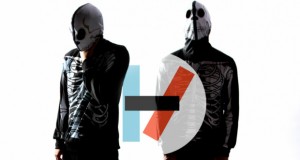