twenty one pilots has launched a new video series that will give you a behind the scenes look at what it’s like as they’re out on the road for their nearly completely sold out Takeover Tour, which kicks off next week in Denver. Before they head out on tour, they’re partnering with Roblox for a [...]

twenty one pilots will perform in Roblox

twenty one pilots is partnering with Roblox for a special in-game concert experience. The pre-show begins on Wednesday and the main event kicks off this Friday afternoon. You can find out more below. your band has been invited to perform in the Roblox metaverse. our goal is to always perform for as many people as [...]

twenty one pilots will perform at the VMAs

twenty one pilots has announced that they are returning to the MTV VMAs for another live performance. The event takes place on September 12th and you can find out more on their Twitter. the @vmas are having us back. @mtv #VMAs pic.twitter.com/Y4y7g7Dysl — twenty one pilots (@twentyonepilots) August 24, 2021 Earlier this summer it was [...] 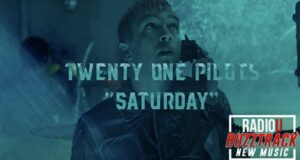 New to RadioU this week Listen, request, or buy below: twenty one pilots is here with an ultra-danceable new tune that serves as an update to that old line about working for the weekend. Now you can party to their new song “Saturday” any day of the week on RadioU! Request for the Most Wanted [...]

twenty one pilots recently premiered an underwater dance party music video for their track “Saturday” off of the new album Scaled And Icy. You can see it now on the band’s YouTube channel. We also learned last week that band members Tyler Joseph and Josh Dun are getting immortalized as Funko Pop figures! The collectible [...]

twenty one pilots gets their own Funko figures

twenty one pilots members Tyler Joseph and Josh Dun are getting immortalized as Funko Pop figures! The collectible items will reflect the outfits worn in their famous “Stressed Out” music video and you can check them out below. Popapalooza 2021: Pop! Rocks- Twenty One Pilots. Pre-order today! #Popapalooza #FunkoPopapalooza #Funko #FunkoPop @twentyonepilots @HotTopic: https://t.co/qAoz2vnxgS@twentyonepilots: https://t.co/ZQPvKfnfpF [...]

twenty one pilots has announced that they’re embarking on the Takeover Tour this fall. Each stop will include shows in multiple venues across several days and you can find out more on their Twitter. we come for you ψ starting this fall.the TAKEØVER TOUR spends one week in each city, moving venue to venue, from [...]

twenty one pilots has shared a live version of their hit single “Shy Away” that was recorded during their recent album release concert. You can check out the video for the track on their YouTube channel. They also recently performed “Shy Away” during an appearance on The Tonight Show. Footage of that event can be [...]

It’s finally release week for twenty one pilots! Their sixth full-length album Scaled And Icy is out now featuring eleven brand new tracks, including the singles “Shy Away” and “Choker.” You can download and stream it below. ﻿ The duo is also slated to perform live during the Billboard Music Awards show in Los Angeles [...]

twenty one pilots isn’t shying away from sharing more music from their forthcoming album. They just dropped the single “Choker” along with a new music video that can be seen on their YouTube channel. Scaled And Icy is scheduled for release on May 21st and will include “Choker” as well as their hit “Shy Away” [...]