twenty one pilots – The Hype 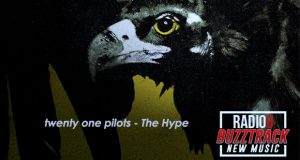 New to RadioU this week Listen, request or buy below: We all know the hype surrounding twenty one pilots isn’t dying down any time soon, so of course, we had to add their new single to the playlist! You can hear “The Hype” on RadioU now! Request for the Most Wanted   [...]

twenty one pilots brings The Hype in new video

twenty one pilots just premiered a new music video for their song “The Hype” that pays homage to their early days as a band playing house shows in central Ohio. You can check it out on their YouTube channel. The duo has also been working on their Location Sessions series where they release new versions [...]

twenty one pilots has released a new rendition of their song “Cut My Lip” as the second installment in their Location Sessions series. The new version is a live version of the track and the coordinates suggest that it was recorded in Brooklyn, New York. You can hear it for yourself below. Last month, the [...]

twenty one pilots just released a surprise new version of their hit single “Chlorine” as a part of their new Location Sessions project. “Chlorine (19.4326° N, 99.1332° W)” is a stripped down rendition of the original off of their album Trench and the coordinates in the title seem to point to Mexico City. In typical [...]

twenty one pilots has announced that they’ll be opening up the Major League Baseball All-Star festivities in Cleveland, Ohio in a few weeks. They’ll be doing a special show in downtown Cleveland on Friday, July 5th outside MLB All-Star Play Ball Park to kick off several days of events leading up to the MLB All-Star [...] 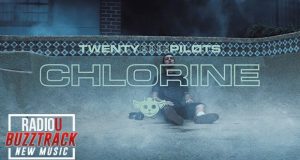 New to RadioU this week Listen, request or buy below: twenty one pilots is ready to dominate the airwaves all summer long with their new track “Chlorine“! Grab your swimsuit, jump in the pool, and request it now on RadioU! Request for the Most Wanted   [...]

Amidst the rest of their busy schedule, twenty one pilots has found the time to premiere their official music video for the song “Chlorine” off of their latest album Trench. It’s the fifth song from the record to get a visual treatment and you can check it out on their YouTube channel. Meanwhile, the duo [...]

twenty one pilots – My Blood 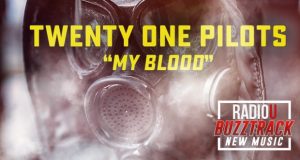 New to RadioU this week Listen, request or buy below: The first single off of twenty one pilots‘ new album Trench has already earned them several awards nominations and airplay, so there’s no telling what their second single can accomplish! “My Blood” is the latest from the Ohio based duo and you can hear it [...]

twenty one pilots may be about to add a few more awards to their already overflowing trophy cabinet. The duo recently received a nomination for “Best International Group” at the BRIT Awards. It’s the second time they’ve been up for the honor, they were also nominated in 2017 although they did not wind up winning. [...]