Audiofeed Festival is returning this September in Urbana, Illinois. The newly announced lineup features Propaganda, Everything In Slow Motion, American Arson, DENS, Rusty Shipp, and many more. You can find the full slate of performers and event info on the Audiofeed Twitter. Is this the lineup? I heard we have another band or two coming [...]

Propaganda’s Terraform: The People EP is now available! The new release includes his Fusion hit “We Are The Culture” and guest appearances from Lecrae, V. Rose, and Swoope. You can hear the new record for yourself right here. ﻿ He also recently dropped a new music video for “We Are The Culture” that can be [...]

Wande is about to launch her own beauty line

Wande is in the process of launching her own cosmetics line WIN Beauty. You can find more info and sign up for updates through her Twitter. Lituations loading…join the text crew to get the lashes link first 💕💕 https://t.co/TTCDIJqxja pic.twitter.com/2MhPDaYvzn — Don’t Worry Bout it out now (@OMGitsWande) July 15, 2020 Last month, Wande launched [...]

Zauntee has announced that unfortunately, the Family Business Christmas Tour with RadioU Fusion artists V. Rose and Young Noah has been canceled. More info on the cancellation can be found on his Twitter. https://twitter.com/Zauntee/status/1201958813445820416?s=20 The good news is, he’s still hitting the road after the holidays for the Winter Jam Tour Spectacular alongside Red, Andy [...]

Zauntee is hitting the road for the holidays

Zauntee is gearing up to hit the road with RadioU Fusion artists V. Rose and Young Noah for the Family Business Christmas Tour. They have shows coming up throughout the month of December and you can find the dates and details on his website. https://twitter.com/Zauntee/status/1198427204494995457?s=20 After the holidays, he’ll be heading out on the Winter [...]

Thi’sl is back and J. Crum drops VIGILANTES 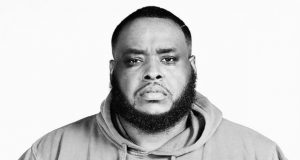 Thi’sl’s new Small Things To A Giant EP is out this weekend as his first new release since recovering from a serious gunshot wound that he sustained as the victim of an attempted robbery in September of last year. His triumphant return to music includes eight new tracks and a guest appearance from fellow Fusion [...] 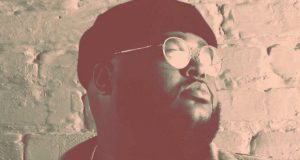