Danger Scene caps off Music Week with a new song

Danger Scene just capped off their “Music Week” series by sharing a new vlog that includes footage of Michael writing a brand new song. You can check it out on their YouTube channel. The band dubbed last week “Music Week,” where they rehearse music for upcoming shows, choose which new songs they want to record [...]

This week is “Music Week” for Danger Scene, where they rehearse music for upcoming shows, choose which new songs they want to record and more! They’re sharing updates through the entire process on their social media, including a few extended video blogs that you can see here. Music week update #1 https://t.co/8v7uHXIdOW — Danger Scene [...]

Crusoe has a midwest tour in the works

Crusoe is in the process of booking his first ever tour. So far a show at Steadfast Festival in Columbus, Ohio is the only date that’s been announced, but more shows in the midwestern U.S. are coming soon! 8 years ago. Still dont know what to do with my hands. I hope you come see [...]

Crusoe and Danger Scene are among the bands that have been confirmed for Steadfast Festival 2020. The one day event is taking place in Columbus, Ohio on March 14th and you can find out more below. thrilled to be playing @steadfastfest in Columbus this spring! thanks to @RadioU / @radiounikki / @obadiahradiou /@tunedupmusic for makin [...]

Danger Scene has been hard at work putting together some new music for you to enjoy. They have shared a few remix covers of some of their favorite songs, such as LNYX’s “Send Help” and Half-Alive’s “Arrow.” You can find all of the new jams from the duo on their YouTube channel. The remixes are [...]

Michael from Danger Scene on The RIOT 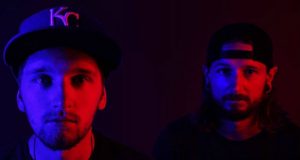 Sibling rivalry is alive and well in the Danger Scene camp. If you had to blame a Danger Scene brother for why its taken them so long to put out new music, which one would you chose? Well, we can tell you that Michael joined us on the show and had absolutely no problem placing [...] 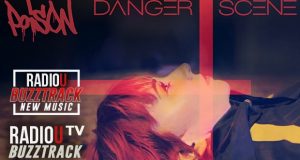 New to RadioU and RadioU TV this week! Request or vote below: We’ve been waiting over a year for something new from Danger Scene and now it’s finally here! Their new single “Poison” is out now and you catch it on RadioU. See the video here and on RadioU TV! Request for RadioU Vote for [...]

It’s been a year and a half since Danger Scene last gave us new music in the form of their single “American Dream,” but that’s all about to change! The band has been posting cryptic messages on their social media and now we know that they are teasing a new single titled “Poison” that will [...]

Danger Scene talks new music and more with The RIOT

Plus The Devil Wears Prada celebrating their anniversary with Fit For A King and Canon and Derek Minor team for a tour… The RIOT had the guys from Danger Scene in the studio earlier this week to talk obscure sports and new music. You can see the entire interview right here. Danger Scene in the [...]