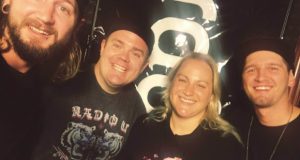 Danger Scene talks to The RIOT

Plus The Gray Havens debuts title track, and Faintheart premieres “Heavy Lifting”… The RIOT talked to Matt from Danger Scene on Friday… You can hear the full interview now: The Gray Havens just debuted the title track from their upcoming album She Waits. You can pick it up now, here: We also have some new [...] 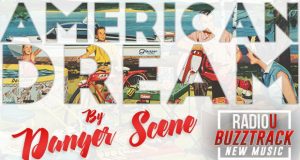 The RIOT catches up with Danger Scene

Plus Skillet unleashes deluxe edition, and RED premieres second new song… The RIOT caught up with Danger Scene earlier this week to talk about their new song “American Dream”. You can hear the full interview here: Skillet has announced that they’re releasing a deluxe edition of their album Unleashed that will include five brand new [...]

The RIOT talks with Danger Scene about what you do when you get sick on tour. Plus, we hear about their latest song “American Dream”. [...]

Plus LNYX releases Plans, Remedy Drive’s video teaser, and Phinehas to release debut on Solid State… Danger Scene is holding an online scavenger hunt to find a music video for their new song “American Dream” before it’s officially released. If you want to start hunting, you can find out more on their website. LNYX just [...] 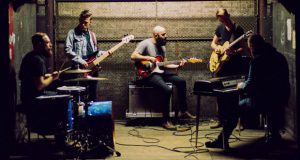 Plus new music from Beacon Light, a remix from Danger Scene, and To Speak Of Wolves is out now… Citizens & Saints just made pre-orders available for a vinyl split EP that will be out on August 11th. The new release includes their debut EP Already Not Yet as well as five new orchestral arrangements [...]

Plus Danger Scene’s Q&A, Fireflight’s concert video, and Conveyer’s “Disgrace”… During an interview on his recent tour of Europe, Andy Mineo revealed that he is planning to release his next project in August. According to rumors, the new project will be a joint mixtape with Wordsplayed. You can read up on all the info we [...]