Hulvey has set the release date for his debut full-length album Christopher! The record drops on April 9th and you can pre-save or pre-order it below. ﻿ To coincide with the announcement, he’s also premiered the new single “We Against The World” featuring Andy Mineo as well as a music video to go with it. [...] 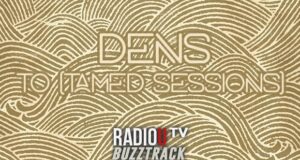 New to RadioU TV this week Watch, vote, or buy below: Dens is a band on the run in their video for the stripped-down, acoustic version of “to“. Their new folksy take on the track provides the perfect score for their antics as depression-era outlaws in the visual that can now be seen on RadioU [...]

One year after the release of their album Taming Tongues, DENS has announced that they will be releasing a newly recorded version of the record titled Tamed Tongues. The folk Americana style project is scheduled to drop on April 30th and you can pre-save or pre-order it below. The band has also unveiled a music [...]

DENS takes you inside Taming Tongues

DENS has been posting new episodes of their No Small Podcast on a weekly basis. Each installment gives you an in-depth look at the writing, meanings, and concepts behind one of the songs on their recent album Taming Tongues and you can find it below. No Small Podcast (Taming Tongues) — Episode 10 S01E10 — [...]

DENS goes live by the fire

DENS just put their own spin on the acoustic live stream from home by hosting a show around a campfire from their place in Virginia. They’re also planning to release a video podcast that gives you a behind the scenes look at the making of their new album Taming Tongues. You can find out more [...]