Shaun from DENS on The RIOT 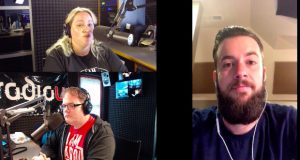 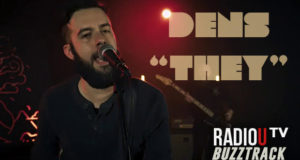 New to RadioU TV this week Watch, vote, or buy below: Before they rock Facedown Fest in California and rock the world with their new album Taming Tongues, DENS is rocking RadioU TV with their brand new video for “They“! You can vote for it in the Most Wanted now! Vote for the Most Wanted As [...] 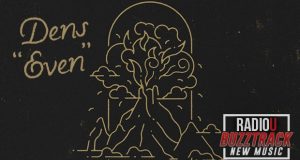 New to RadioU this week Listen, request, or buy below: If you aren’t excited for DENS‘ new album Taming Tongues, it’s because you haven’t heard their new single “Even” yet! Now you can change that by checking it out on RadioU! Request for the Most Wanted  As an Amazon Associate, RadioU earns from qualifying purchases. [...]

DENS has unveiled the second new single from their forthcoming album Taming Tongues. The new track is titled “Foolish” and features a guest appearance from War Of Ages vocalist Leroy Hamp. You can check it out below. Taming Tongues is scheduled for release on March 6th, just in time for the band’s show at Facedown [...]