DENS has revealed that their new album Taming Tongues will be releasing on March 6th, just in time for their show at Facedown Fest. You can pre-order the record and check out the lead single “Even” right here. As mentioned above, DENS is scheduled to perform at Facedown Fest 2020  alongside My Epic, War Of [...]

After a couple of years off, Facedown Fest is returning in 2020! The lineup is headlined by My Epic and RadioU Battery band War Of Ages, with Everything In Slow Motion, DENS, Deathbreaker and several other members of Facedown Records roster set to perform as well. It’s all going down at Chain Reaction in Anaheim, [...]

DENS wants you to sing on their next album

DENS has started work on a new album and they want you to be a part of it! They’re looking for guest vocalists to make up the DENS Family Choir for one of their new tracks and all you need to do to be included is submit your recording by November 15th. You can get [...] 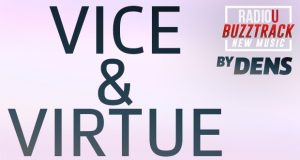 New to RadioU this week! Listen, request, or buy below: After coming in at number one in RadioU’s 50 Most Wanted of 2018, it only makes sense that DENS should get a chance to repeat as number one in 2019. They’re getting an early start now that their latest single “Vice & Virtue” has been [...] 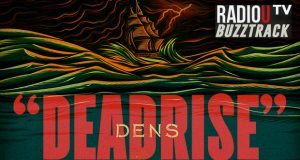 New to RadioU TV this week! DENS has had a ton of success in the Most Wanted countdown on RadioU with their new song “Deadrise” and now they’re ready to take that success to RadioU TV! They just released a new music video for “Deadrise” and you can catch it RadioU TV now! Watch, vote, [...]

twenty one pilots releases another song and video

Plus Silent Planet teases their new album, DENS shares a live video and War Of Ages announces a headlining tour… twenty one pilots has given us a new song titled “Levitate” from their upcoming album Trench. They also premiered a music video to go with it, which is the third part in a three-part video series. [...]

DENS joins The RIOT in studio 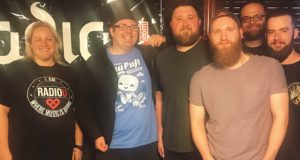 Plus Josh catches up with My Epic and Transform premieres a new music video… The RIOT had the guys from DENS in studio earlier this week to talk about how they stay awake on the road, their plans for the rest of the summer and a lot more. You can hear the entire interview below. My [...]

DENS in Studio with The RIOT

The guys in DENS drove through the night to make it to the studio for this interview. Why do they look so much more awake than The RIOT does? Find out why there are four songs on their EP instead of five and their Nintendo 64 game of choice for the long van rides between [...]