DENS has unveiled the second new single from their forthcoming album Taming Tongues. The new track is titled “Foolish” and features a guest appearance from War Of Ages vocalist Leroy Hamp. You can check it out below. Taming Tongues is scheduled for release on March 6th, just in time for the band’s show at Facedown [...]

DENS has revealed that their new album Taming Tongues will be releasing on March 6th, just in time for their show at Facedown Fest. You can pre-order the record and check out the lead single “Even” right here. As mentioned above, DENS is scheduled to perform at Facedown Fest 2020  alongside My Epic, War Of [...]

What We Do In Secret drops a video for Silhouette 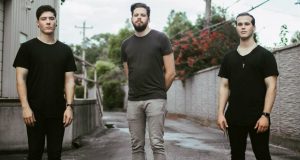 RadioU Battery band What We Do In Secret just dropped their first ever music video for their new song “Silhouette.” You can check it out now on the Facedown Records YouTube channel. The track comes from their album Repose, which was released as their Facedown Records debut in November. It features ten new songs, including [...]

After a couple of years off, Facedown Fest is returning in 2020! The lineup is headlined by My Epic and RadioU Battery band War Of Ages, with Everything In Slow Motion, DENS, Deathbreaker and several other members of Facedown Records roster set to perform as well. It’s all going down at Chain Reaction in Anaheim, [...]