Reach Records is bringing you some new Christmas music to kick off the holiday season on the deluxe edition of The Gift. The album includes three brand new tracks from GAWVI, Andy Mineo, Byron Juane and more and you can grab it below. Speaking of GAWVI, it seems likely that we’ll be getting a new [...] 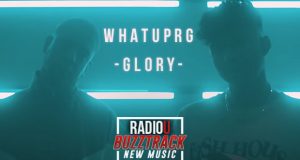 New to RadioU this week Listen, request, or buy below: WHATUPRG and GAWVI are teaming up to bring the sounds of summer into the coldest months of the year with their new single “Glory” and you can hear it now on RadioU! Request for the Most Wanted  As an Amazon Associate, RadioU earns from qualifying [...]

LEDGER, Lecrae and more perform at the Dove Awards

The 50th GMA Dove Awards took place last Tuesday and now you can catch video of all the performances from the show, including appearances by LEDGER (who joined RadioU Throwback artist TobyMac), Lecrae, GAWVI, Aaron Cole, and Tedashii! You can check out all of the action below. ﻿ Lecrae, GAWVI, and Aaron Cole were also [...]

The 50th GMA Dove Awards took place last night and several RadioU artists were among the winners! GAWVI took home his third career Dove Award, and his first in the Rap/Hip Hop Recorded Song Of The Year category, for his track “Fight For Me.” beating out Andy Mineo, Steven Malcolm, Social Club Misfits, and Lecrae. [...]

Social Club Misfits has announced that they’re embarking on the Hope Is Here Tour this fall. They’ve got dates scheduled from October 21st through November 8th and you can find out more on their Twitter. https://twitter.com/SocialClubMSFTS/status/1166430696174436353?s=20 The duo is also lined up to visit RadioU Ohio for SonFest in Mount Vernon on September 21st. The [...]

The nominees for the 50th annual GMA Dove Awards have been revealed and a ton of RadioU artists are up for honors this year. GAWVI, Switchfoot, Lecrae, Andy Mineo, and Steven Malcolm are all finalists in multiple categories. Aaron Cole also earned his first nomination in the “New Artist Of The Year” category and Social [...]