The first weekend of Winter Jam just wrapped up, but it’s not the ONLY weekend of Winter Jam! Additional tour dates have just been added next month for several cities in the southern U.S. to give you extra chances to catch KB and more live! Details and tickets can be found below. ﻿ Earlier this [...]

KB recently shared a live lyric video for his song “Dark Skin” off of his latest album His Glory Alone. You can see it now on his YouTube channel. He’s also scheduled to be a part of the abbreviated Winter Jam Tour later this month alongside Apollo LTD and several others. You can find more [...] 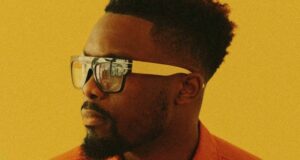 We finally have a new single from Faith Child, who just released “Creator Of The World” as the  follow up to his summer hit “New Era.” The new track is available now to download and stream below. ﻿ “New Era” dropped back in June and quickly became a fixture on the Most Wanted! It features [...]

KB just announced that he’ll be hosting Glory Nights, a live stream concert experience on Saturday, November 21st. The event will also include appearances from GAWVI, Hulvey, WHATUPRG, Blanca, Derek Minor, and more! Tickets and additional info can be found below. https://twitter.com/KB_HGA/status/1325939348488024070?s=20 It’s KB’s first major event since the release of his highly-anticipated album His [...] 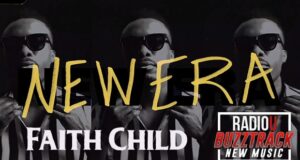 New to RadioU this week Listen, request, or buy below: New RadioU Fusion artist Faith Child is making his way from the UK to The U! His latest single “New Era” is a collab with KB and it is a banger! You can hear it now on RadioU! Request for the Most Wanted  As an Amazon [...]

KB’s highly anticipated new album His Glory Alone is finally out now! The record consists of 13 new tracks, including his hit single “10K” and you can grab it now right here. ﻿ If you haven’t seen it yet, he dropped a music video for “10K” back in July. You can find it on his [...]

KB has announced the release date for his next new project! His Glory Alone will be here on September 25th and you can hear the new track “lil boy” when you pre-save below.  ﻿ Last month, KB previewed the new record by unveiling a brand new single titled “10K” along with a new music video [...] 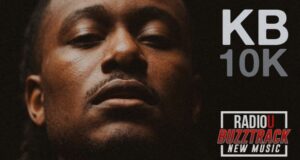 New to RadioU this week Listen, request, or buy below: KB‘s new single “10K” is a banger with the added bonus of particularly powerful lyrics! and you can hear it now on RadioU! Request for the Most Wanted  As an Amazon Associate, RadioU earns from qualifying purchases. [...]