Skillet sets dates for their first tour of 2020

Skillet has announced details on their first major North American tour of 2020. They’re heading out with Ledger from February 6th until March 14th and you can grab presale VIP tickets now through their website. https://twitter.com/skilletmusic/status/1201915934493102086?s=20 In addition to the winter tour, they’ve also been confirmed as one of the headliners for Alive Music Festival [...]

Switchfoot and Skillet to headline Alive 2020

It’s not too early to start planning ahead for the 2020 summer festival season, especially now that some of the major lineups are being announced. Alive Music Festival has revealed that Switchfoot and Skillet will be each be appearing as headliners next year, and Lecrae, Andy Mineo, Ledger, Aaron Cole, KB, and several others are [...]

RadioU Fusion artist Parris Chariz has revealed plans for the Saint Holy Tour kicking off later this month. He’ll be playing shows across the U.S. and Canada starting August 31st and you can check out the details below. https://twitter.com/reachrecords/status/1160672748177416194?s=20 If you’re looking for some new music from Parris, you can hear two new tracks of [...]

Lecrae recently posted the third installment of his Music Theater 3000 series. In his newest video, he spends some time making fun of Ed Sheeran and Justin Bieber’s “I Don’t Care.” You can see it for yourself, as well as the first two episodes, on his YouTube channel. If you’re looking for new music from [...]

KB – Hold Me Back 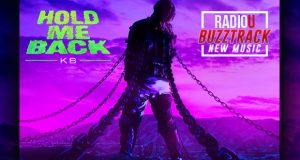 New to RadioU this week Listen, request or buy below: KB is an expert at making music that gets you pumped up, and his latest single does just that! You can hear his brand new song “Hold Me Back” now on RadioU! Request for the Most Wanted   [...]

Lecrae and Andy Mineo sat down together to give Lecrae’s first ever music video the Mystery Science Theater 3000 treatment. The video in question is for Lecrae’s 2006 single “Jesus Muzik” off of his album After The Music Stops. You can find their commentary on Lecrae’s YouTube channel. If you’re looking for new music from [...]