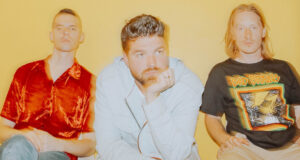 Knox Hamilton recently released their Weekend Yet EP, which consists of five brand new songs, including their hit single “WiLD.” You can hear the new stuff below. ﻿ “WiLD” was released as the band’s first single of 2020 back in March and they also premiered a wild music video to go with it. You can [...]

Knox Hamilton’s new single “18” is out now. The band is donating all streaming revenue from the song to Color Of Change and you can hear it for yourself below. If you missed it, “WiLD” was released as the band’s first new single of 2020 back in March and has since been added to the [...] 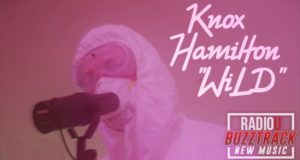 New to RadioU this week Listen, request, or buy below: If you like Knox Hamilton half as much as RadioU’s DJ Hudson does, you’ll be thrilled to know that we’re adding their newest single to the playlist! Catch the good vibes with “WiLD” now on RadioU! Request for the Most Wanted  As an Amazon Associate, [...]

Knox Hamilton recently unveiled a new music video for their latest single “WiLD.” You can see the wild new visual for yourself on their YouTube channel. If you missed it, “WiLD” was released as the band’s first new single of 2020 just a few weeks ago and you can add it to your collection right [...]

Knox Hamilton just put out some new Christmas music for you to add to your queue. You can check out their rendition of “I’ll Be Home For Christmas” right here. This is the first we’ve heard from the band since this summer, when they dropped a music video for their RadioU hit “Cool.” If you [...]

Knox Hamilton drummer Cobo Copeland has officially released his first solo single “All Dreams Within Reach.” You can find his debut song and the music video that goes with it right here. Cobo and the rest of the band premiered a music video for their RadioU hit “Cool” just a few weeks ago. If you [...]

After teasing it for weeks on their social media, Knox Hamilton has finally shared the new music video for their latest single “Cool.” You can check it out for yourself right here. They also recently visited the Audiotree studios in Chicago where they performed several of their biggest hits, including “Cool,” “Work It Out,” and [...]