KB recently released his surprise new single “Worship In The Moshpit” along with a music video to go with it. You can experience the visual below. He’s also one of the many artists that will be heading to Shippensburg, Pennsylvania for Uprise Festival this weekend. Skillet, Ledger, Disciple, Apollo LTD, Andy Mineo, Social Club Misfits, [...]

The lineup for Uprise Festival in Shippensburg, Pennsylvania is starting to take shape. So far Lacey Sturm and KB have been confirmed with many more artist announcements still to come You can follow the festival’s Instagram to find out more.   View this post on Instagram   A post shared by Uprise Festival (@uprisefest) Back [...]

Lacey Sturm – State Of Me 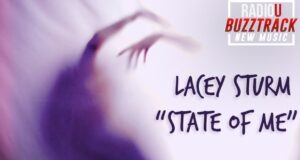 New to RadioU this week Listen, request, or buy below: Lacey Sturm‘s latest single has a little extra edge to it that comes courtesy of Skillet‘s John and Korey Cooper, who helped write the track. You can rock with “State Of Me” now on RadioU! Request for the Most Wanted  As an Amazon Associate, RadioU [...]

Lacey Sturm just dropped a brand new single titled “State Of Me” that was co-written with John and Korey Cooper of Skillet. The track comes as a preview for her next album, which should be out sometime this summer. You can hear the new song below. ﻿ A new music video for the song has [...]