Paradise Now recently premiered the official music video for their hit single “I Hope It Never Ends” off of their debut album We Never Die. You can see it for yourself on the Tooth & Nail Records YouTube channel. The band has launched their own podcast where they share the background on the tracks from [...]

Paradise Now has their own podcast where they share the background on the tracks from their new album We Never Die, talk about their musical influences, and a whole lot more! You can find all of the episodes on their Instagram.   View this post on Instagram   A post shared by PN💀🌴 (@paradisenowofficial) Last [...] 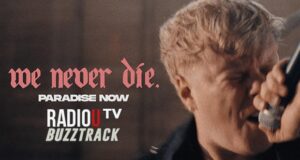 New to RadioU TV this week Watch, vote, or buy below: Hopeful rock that goes hard is what Paradise Now is all about and they take that to the next level in their new video for “We Never Die!” You can see it now on RadioU TV! Vote for the Most Wanted As an Amazon Associate, RadioU [...]

Paradise Now just premiered the official music video for the title track of their debut album We Never Die. You can see it for yourself on the Tooth & Nail Records YouTube channel. We Never Die dropped as the band’s first ever full-length release just a few weeks ago and features their latest hit single [...] 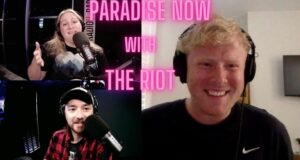 Hudson and Nikki speak with Paradise Now on New Music Friday about the debut of their brand new album We Never Die. [...] 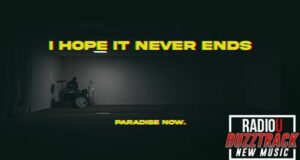 New to RadioU this week Listen, request, or buy below: At long last, Paradise Now is about to bring us their debut full-length album We Never Die, and if the lead single “I Hope It Never Ends” is any indication, we’re in for a lot of pulse-pounding, max energy rock! Check out the latest from [...]

Paradise Now sets the date for their debut

Paradise Now has revealed that they will be releasing their debut full-length record We Never Die on July 30th. You can pre-order or pre-save the album right here. ﻿ They also unveiled “I Hope It Never Ends” as the lead single from the forthcoming release. You can hear it for yourself below. The last we [...]

Spoken has announced a special live stream concert coming up on May 22nd that will be 100% free to watch! You can grab more info on their Twitter. https://twitter.com/SpokenOfficial/status/1378794038183092226?s=20 They’ll also be among the artists performing at Contagion Fest later this month, alongside the likes of The Protest, DENS, Paradise Now, Fallstar, and many more. [...]

Paradise Now’s Lockdown Mixtape EP is out now and includes four brand new songs as well as a remix of their track “WildOnes” and an acoustic version of “Machines.” You can add it to your collection below. ﻿ They’ve also premiered a music video for the song “Monsters” featuring Ryan Kirby of Fit For A [...]