Plus new Social Club Misfits track, KB releasing 10/20, and Deraj’s new music video… Spoken’s long awaited ninth studio album, appropriately titled IX, is finally here. You can pick up the new record, including their latest single “Stronger,” through the U Music Store. We also have a brand new track out from Social Club Misfits [...]

Plus The Devil Wears Prada premieres “Worldwide” music video, LNYX returns with “West,” and Rival Choir adds to summer tour… Andy Mineo and Social Club Misfits have announced that they’re teaming up for the Friends & Family Tour this fall. They’ll be playing shows across the U.S. starting on September 21st: The Devil Wears Prada [...]

Skillet talks to The RIOT

Plus Social Club Misfits announces a massive summer tour, and Switchfoot hits the road… The RIOT got to talk to John from Skillet on Wednesday! Social Club Misfits has announced their plans for the summer.  They’ll be heading out on a massive tour starting on June 7th in Texas and wrapping up at Uprise Festival [...]

Plus new music from KB, and RED announces national tour… The RIOT got to talk with Social Club Misfits on Friday… You can hear the full interview here: KB has made his brand new song “Smith & Wesson” available as a free download to get you pumped for his Tempo Tour and hopefully for a new [...]

Social Club Misfits on the RIOT 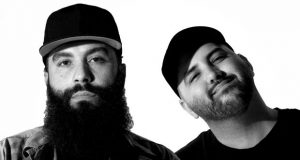 Did you know that Social Club Misfits are huge fans of Seinfeld? We didn’t either but Obadiah got REALLY excited about it. We also talk about their tour but they’re more interested in talking about Seinfeld. :) [...]

Plus Rock The Universe lineup announced, Remedy Drive returns to the studio, and Convictions announces multiple tours… We’re one step closer to getting a brand new record from Spoken. They’ve just launched pre-orders for their ninth studio album through their PledgeMusic page and if you pre-order you’ll get the new song “Silence” instantly. This year’s [...] 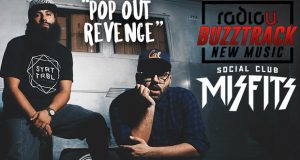 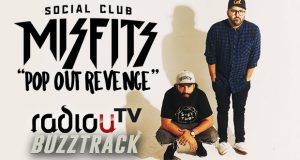