Apollo LTD just premiered a new music video for their recent single “You.” They’ve also launched a website that includes extended interviews with the faces featured in the video, including Jeremy from Tiger Drive! You can find it all right here. Big shout out to our director Sean Hagwell… such a great dude and just [...]

Apollo LTD released a brand new single titled “Rulers” over the weekend. You can listen to it and add it to your playlist right here. The duo also recently hinted that they have a new music video in the works. Check out the post below to see for yourself. ﻿ It wasn’t long ago that [...]

Apollo LTD just dropped a surprise new single titled “NOW!” that’s all about being grateful for what you have and living in the now. You can check it out below. For the past couple of months the duo has been hosting weekly live streams from home where they play fan requests and some of their [...]

Apollo LTD recently performed a live show from home where they played fan requests and some of their favorites. They were also involved in a live streamed event for Easter and you can find footage of both performances on their Facebook page. Posted by Apollo LTD on Thursday, April 9, 2020 Previously, the duo hosted [...] 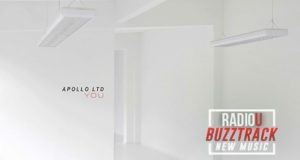 New to RadioU this week Listen, request, or buy below: Be prepared, Apollo LTD‘s new single won’t just tug at your heartstrings, it will rip them right out! If you think you’re ready, you can hear “You” on RadioU! Request for the Most Wanted  As an Amazon Associate, RadioU earns from qualifying purchases. [...]

You is new from Apollo LTD

Apollo LTD just shared their new single “You.” You can grab it for yourself below and you can hear it in the Battle Of The Buzz on Wednesday. The new song comes just as the band is setting off on the Roadshow Tour along with RadioU Fusion artist PEABOD and several others. They’ll be playing [...]

Apollo LTD gets added to The Roadshow 2020

In the midst of their fall tour, Apollo LTD has shared plans for their next tour that’s coming up in the spring of 2020. They’re heading out on The Roadshow along with RadioU Fusion artist PEABOD and several others and you can find out more on their Facebook. ﻿ As mentioned above, the guys are [...]

A new video and tour dates from Apollo LTD

Apollo LTD has premiered a new music video for their song “Man That I Used To Know.” The visual for the track was filmed in Japan and you can see it for yourself on their YouTube channel. The duo also just announced that they’re hitting the road for the House On A Hill Tour this [...]

Apollo LTD’s new album Out Of Body is available now! The new release features thirteen new tracks including their RadioU hits “Gold” and “On The Way Up.” They say… The making of this record has been an unpredictably challenging, exhausting, and beautiful journey full of some of our highest highs and some of our lowest [...]