Apollo LTD recently teased on their Facebook page that they’ve got new music on the way! You can follow their social media to keep track of any updates. ﻿ The last new release from the duo came in early 2021 when they dropped their album Nothing Is Ordinary. Everything Is Beautiful. The record includes their [...]

KB recently released his surprise new single “Worship In The Moshpit” along with a music video to go with it. You can experience the visual below. He’s also one of the many artists that will be heading to Shippensburg, Pennsylvania for Uprise Festival this weekend. Skillet, Ledger, Disciple, Apollo LTD, Andy Mineo, Social Club Misfits, [...]

Apollo LTD – Just What I Needed 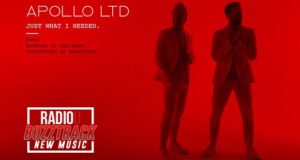 New to RadioU this week Listen, request, or buy below: Apollo LTD always seems to know how to put out the perfect mood-boosting music at the perfect time and their latest single “Just What I Needed” is no exception! You can check it out now on RadioU! Request for the Most Wanted  As an Amazon Associate, [...]

KB recently shared a live lyric video for his song “Dark Skin” off of his latest album His Glory Alone. You can see it now on his YouTube channel. He’s also scheduled to be a part of the abbreviated Winter Jam Tour later this month alongside Apollo LTD and several others. You can find more [...]

The wait is finally over for Apollo LTD’s new album! Nothing Is Ordinary. Everything Is Beautiful. is out now and features 14 new songs, including their hits “Good Day” and “You.” You can add it to your collection right here. ﻿ The guys took to Facebook Live for a pre-release party where they offered a [...]