A new album from Apollo LTD is coming

Apollo LTD just shared the release details on their long-awaited new album. The record is titled Out Of Body and will be available starting June 7th. The album is up for pre-orders now and you can get yours in below. Your first chance to catch Apollo LTD playing some of the music from their new [...]

Apollo LTD is hitting the road

Your next opportunity to catch Apollo LTD playing some of their new music live is coming up in just a few weeks! They just announced a run of tour dates in the eastern U.S. that kicks off on May 30th and continues until June 23rd. More info can be found on their Twitter. We're stoked [...]

Apollo LTD puts out a new song for the Misfits

Apollo LTD just released “Misfits” as their second new song this month and their fourth new song of 2019. They say… We are excited to share another song with you all called “Misfits.” The song is about something that I think we can all relate to. It’s about feeling like you don’t fit in, but [...]

Apollo LTD – On The Way Up 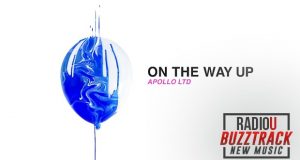 New to RadioU this week Listen, request or buy below: After Apollo LTD‘s success with their first single “Gold” on RadioU, it was only a matter of time until the made their way back onto the playlist with something new. Well, they just updated and re-released their track “On The Way Up” and you can [...]

Apollo LTD has shared a surprise new single titled “DNA.” The new track gives us a second taste of what to expect when they release their next new album and you can listen to the new jam below. Earlier this year, they delivered a new song called “Heaven (All Around You)” as well as a [...]

It didn’t take long for Apollo LTD to deliver on their promise of new music. They just released their new single “Heaven (All Around You)” along with a brand new music video to go with it that you can check out on their YouTube channel. In their interview with The RIOT a few weeks ago, they [...]

Apollo LTD on The RIOT

The RIOT finally gets to meet the guys in Apollo LTD and asks them “that” question: what does the LTD mean? We also hear about future album plans, how the band got started, and what historical figure’s words inspire their studio! [...]

Apollo LTD surprised us with the release of a new single this weekend. Their new song “On The Way Up” is the first new track they’ve unveiled since their single “Gold” made its way on to the RadioU playlist last month. Speaking of “Gold,” the duo recently shared a video that gives you some the back story of [...] 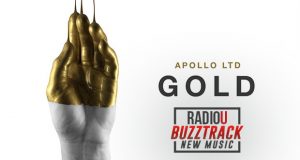 New to RadioU this week! This week RadioU is proud to introduce you to a brand new band from Nashville, Apollo LTD! Their latest single “Gold” is blowing up and you can hear it on RadioU now! Listen, vote, or buy below: Vote for the Most Wanted   [...]