DENS just shared the second preview of their forthcoming acoustic album Tamed Tongues. The new version of their hit single “Even” is out now as well as an official music video that goes with it and you can check it out below. The new record is slated for release on April 30th and pre-orders are [...]

Hulvey has set the release date for his debut full-length album Christopher! The record drops on April 9th and you can pre-save or pre-order it below. ﻿ To coincide with the announcement, he’s also premiered the new single “We Against The World” featuring Andy Mineo as well as a music video to go with it. [...] 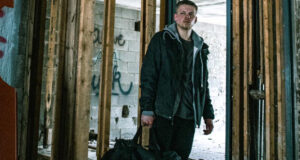 Zauntee just dropped his highly anticipated debut album 3:34. It features ten new tracks and you can grab it for yourself right here. ﻿ He’s also unveiled a music video for the song “I’m Sorry” off of the new record. You can check it out now on his YouTube channel. The new release comes just [...]

Just a few days after dropping his new Twenty Four Seven EP, Zauntee has shared a new single titled “I’m Sorry” as well as a new music video to go with it. You can check it out on his YouTube channel. Twenty Four Seven was released last week and features six fresh tracks, including his [...]

Zauntee drops a new EP and teases his next album

Zauntee has a new EP titled Twenty Four Seven out now that features six fresh tracks, including his hit single “Center Stage.” You can grab it right here. ﻿ He’s also dropped a teaser video for his forthcoming full-length release. You can see it below and if you text him, he’ll let you in on [...]

Red’s new single is All For You

Red has premiered the second new single from their forthcoming album Declaration. “All For You” is the latest taste of their new record and you can listen to it here. Declaration is scheduled for release on April 10th and comes as the band’s first full-length independent release. Pre-orders are available now and you can place [...]